The Independent: Ohrid -The best destination for off the beaten track

For all of you that want to beat the January blues go to Ohrid city in Macedonia. That is what 'The Independent' recommends. The popular British online newspaper “The Independent” has published this article with ranking diverse destinations: for foodies, nature, adventure and Ohrid is the best destination “Off the beaten track”. 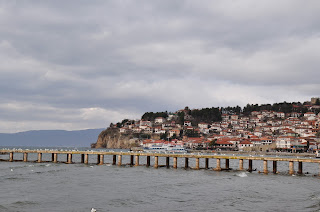 “Ohrid, Macedonia’s eighth-largest city, was once famous for having 365 churches, one for each day of the year. Sometimes known as the ‘Jerusalem of the Balkans’, both the city and Lake Ohrid beside it are Unesco-protected sights.
Until recently, the city didn’t draw huge numbers of UK tourists, but with limited Wizz Air flights operating between Luton and Ohrid once again from April, the city is within easy reach of travellers in search of adventure.” 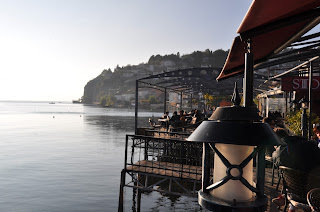 See more: http://www.independent.co.uk/travel/news-and-advice/blue-monday-travel-holidays-winter-sun-weekend-breaks-la-gomera-prague-valletta-a8143641.html
at 1:13 AM